To Rebel Is Justified: Toward the Modern History of Psychiatry 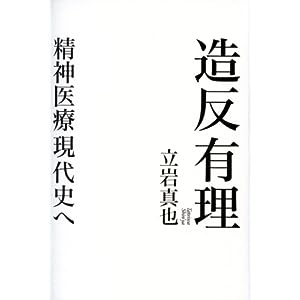 How has the modern society faced people with mental disabilities?
During 1960s there were movements concerning criticisms against psychiatric medicine. Those movements, which also related to the student movement (i.e., the demise of the university), acutely criticized and denounced the existing medical care, which tried to adapt patients to the society.

In this book the author examines the actual conditions both of the trend of the group which was named as "rebellion" and of the side which was criticized by the group through a huge amount of literature.

Especially, the author considers what kinds of gropes, achievements, and setbacks the youth of eminent doctors, such as Minoru Kamata, Hisao Nakai, and Joji Kandabashi by examining open ward, questions to medical therapy and life therapy, and criticisms against lobotomy.

This book is the author's mark as well as a notable work since it is worth reading as the history of criticism against psychiatry in Japan and it also leads to current care theory for persons with disabilities.

（From "BOOK" Database）
During 1960s there were movements concerning criticisms against psychiatric medicine. Those movements, which was deeply involved in the social revolution movement, occurred as acute rebellion to the existing system and medical care. Denunciation against lobotomy, electric shock therapy led to trial of open ward and development of practice of local medical care. This book is deals with the modern history which sticks the knife into the still-invisible relationship between psychiatry and society by examining relevant parties' witnesses and a huge amount of literature.