◆SHINAGAWA Tetsuhiko "Nature, Environment, and Human Being: Hans Jonas on the Principle of Responsibility "
http://www2.ipcku.kansai-u.ac.jp/~tsina/NEH.pdf

◆ORIEL Elizabeth September 2014 "Whom Would Animals Designate as “Persons”? On Avoiding Anthropocentrism and Including Others", Journal of Evolution and Technology 24(3): 44-59
http://jetpress.org/v24.3/Oriel.htm

◆YAMAUCHI Tomosaburo 2013 "Environmental ethics and the belief that ‘the whole of creation possesses Buddhahood’"
http://artsonline.monash.edu.au/jsc/files/2013/02/buddhahood.pdf 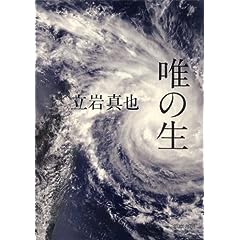 Chapter 1. Saying / not saying the specialty of human life

Section 1. Theory that new things are same as old things, thus are accepted
1. The role as tradition destroyer
2. Some say it is OK because it has already done

Section 3. Relationships
1. Calling for "somebody"
2. Difficulty of relation-ism
3. As if there were not such things as "Parents"

◆CRABTREE Vexen 2003 "Homocentricity or Anthropocentrism: Why Do Religions Think Humanity Is Central to God and Creation?"
http://www.vexen.co.uk/religion/homocentricity.html


Chapter 4-1-4
Let me confirm here a few things that should go without saying. The above is an anthropocentric view, and may also be considered a form of ethics. The world is the world that appears to us, this is the only world there is, and we address this world as described above. There is no other way to deal with the world. It is therefore impossible and meaningless to criticize this view as being incomplete or an impure approach to the protection of nature because it is "anthropocentric." The world that appears to me as a world that exists apart from me appears as a world that I neither can nor should control◆6.