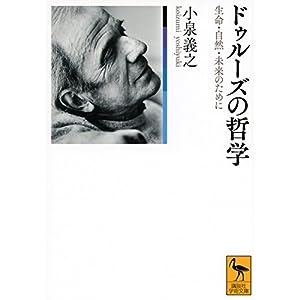 Modern thought has sticked to "my"identity. And it has reached the theory of "others" as outside that ensures my existence. However it is only the thought that bases on "myself". Do "I" make my thought stop? Deleuze leaves the philosophy of identity for the one of difference. In this book the author examines modern thought carefully by getting close to one philosopher who could have renewed it.