Becoming a Stillbirth Child:
Interpreting "a Fetus who Is Going to Die" and Bioethics from Case Studies in France 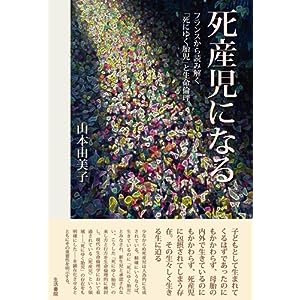 Living but stillborn?
The stillborn child was supposed to be delivered as an ordinary child and he/she actually “lives” both within and outside his/her mother’s womb. However, in reality, he/she is regarded as the stillborn child. Why is that? The author considers his/her vivid living.

Preface
When all of a sudden, with no one being able to do anything about it, a fetus dies in the womb or dies when passing through the birth canal and is already dead when it is born, it is generally called a stillborn child. Stillborn children surely exist. And they can be also called "pure" stillborn children. In this book I would like to fous not on them. What I would like to address here is beings, who were expected to be born as children, were alive both inside and outside the womb, but "became" stillborn children at a certain point of time. To make our definition a little more precise, let us add this: although they were alive in the mother's womb, were still alive when they came out of it, they "ended up" as stillborn. Please note that the whole sentence is written in active voice. As far as I know, at least in the area of bioethics there are no words to describe such beings. Here, I would like to refer to them as "fetuses who are going to die." Among those we call "stillborn children", there is quite a number of such "fetuses who are going to die", buried and forgotten as if they did no exist in the first place. Various legal, medical, and social mechanisms work to drape such "fetuses who are going to die" as "products of natural providence", hiding them among the "pure" stillborn children.

There is a country, which has started to directly face these hidden beings. This country is France. France is well known for its efforts to systematize the so-called "bioethics law". This does not mean that France has been examining the issue of stillborn children in terms of bioethics. However, by deciphering the phenomena and the legal and medical framework surrounding stillborn children in France we can try and create a new theory to come to grips with the concept of stillborn children, and I am certain that such new theory is very much needed. Furthermore, based on these insights, it is necessary to clarify where the problem of stillborn children lies in Japan and to give suggestions about how to solve it from the point of view of ethics.

The ultimate aim of this book is to reveal the phenomenon of "fetuses who are going to die" as vivid living beings though it may seem paradoxical. As our attempt is one that entails verbalizing beings that are not verbalized yet, our discussion cannot but become a difficult one to comprehend. And what I have to say in advance is that the main aim of this book is not to grasp what these "fetuses who are going to die" really are, but to elucidate the problems, which end up being treated as nonexistent along with the social mechanisms hiding the existence of such fetuses. I would feel that my work is done if, in the course of these pursuits, I can make at least a small contribution to finding from the viewpoint of bioethics the clues to what mechanisms of the modern society trick us into believing that "fetuses who are going to die" do not exist.