The Ambivalence of Scarcity and Other Essays 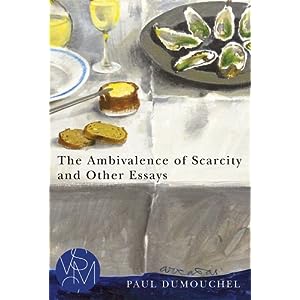 First published in French in 1979, "The Ambivalence of Scarcity" was a groundbreaking work on mimetic theory. Now expanded upon with new, specially written, and never-before-published conference texts and essays, this revised edition explores Rene Girard's philosophy in three sections: economy and economics, mimetic theory, and violence and politics in modern societies. The first section argues that though mimetic theory is in many ways critical of modern economic theory, this criticism can contribute to the enrichment of economic thinking. The second section explores the issues of nonviolence and misrecognition (meconnaissance), which have been at the center of many discussions of Girard's work. The final section proposes mimetic analyses of the violence typical of modern societies, from high school bullying to genocide and terrorist attacks. Politics, Dumouchel argues, is a violent means of protecting us from our own violent tendencies, and it can at times become the source of the very savagery from which it seeks to protect us. The book's conclusion analyzes the relationship between ethics and economics, opening new avenues of research and inviting further exploration.Dumouchel's introduction reflects on the importance of Rene Girard's work in relation to ongoing research, especially in social sciences and philosophy.

Acknowledgments vii
Introduction ix
PART 1 ON ECONOMY AND ECONOMICS
The Ambivalence of Scarcity 3 (94)
Indifference and Envy: Girard and the Anthropological Analysis of Modern Economy 97 (12)
A Mimetic Rereading of Helmut Schoeck's Envy: A Theory of Social Behaviour 109(18)
Homo mimeticus as an Economic Agent 127(14)
PART 2 ON MIMETIC THEORY
Mimetism and Autonomy 141(14)
Violence and Nonviolence 155(16)
Differences and Paradoxes: Reflections on Love and Violence in Girard's Work 171(10)
Creation and Conversion in Girard 181(14)
Mimetic Theory: Concepts and Models 195(14)
"De la meconnaissance" 209(18)
PART 3 ON VIOLENCE AND POLITICS IN MODERN SOCIETIES
Hobbes: The Sovereignty Race 227(24)
Ijime 251(8)
From Scapegoat to God 259(16)
Violence and Indifference 275(12)
Mimetism and Genocides 287(14)
Suicide Attacks: Military and Social Aspects 301(18)
Inside Out: Political Violence in the Age of Globalization 319(14)
Conclusion: Ethics, Economics, and the State 333(18)
Notes 351(20)
Bibliography 371(8)
Index 379