Japanese History of Executioners:
Using an Approach of Historical Sociology 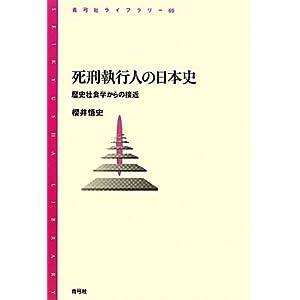 Behind the citizen judge system has been a growing interest in the significance of giving a sentence of death. In addition, it has been actively discussed again if the death penalty system should be maintained or not. However, the previous discussions have focused only on "Whom will we kill? / Who will be killed?" and "Who have executed the death penalty itself?” has not been questioned. This book tries to clarify who have taken a role of execution in Japan and what social conditions for selecting executioners are by focusing on such cases as Yamada Asaemon in the Edo period or prison guards in the Meiji period, staying away from the controversial topic of the existence of death penalty system. Through retracing the continuous / discontinuous history to the present situation in which prison guards conduct execution, the author insists that the reason the Minister of Justice orders prison guards, not procurators or judicators, to “live together for killing, then kill them” just depends on accidental historical background. This book tries to solve complicated issues of execution in which ultimately not the nation but “a person” kills a person and propose what we should consider now.

Afterword
References that Are Not Mentioned in the Contexts

UP: April 26, 2011 REV:May 2, 2011/May 12, 2011 *The Japanese-version page was prepared by SAKURAI Satoshi
Translated by TAMURA Noriko
Proofread by KATAOKA Minoru
TOP HOME (http://www.arsvi.com/a/index.htm)◇