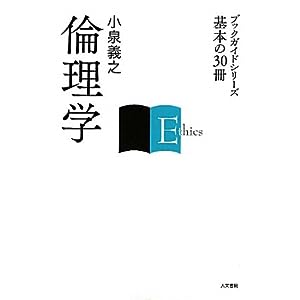 In this series each author selects 30 important books or basic ones per academic field in one book and explains the contents of each book chosen in about 4,000 Japanese letters. For more details, such as the table of contents of the series and future lineups, please refer to the Jimbun Shoin's website.

Publishing a "book guide" itself is an acceptable safe project. However, when we daringly undertake the project in a way of a series, we should have the solid intention in order to counter its acceptablity. You might understand our aims from the reasons why we at first choose Prof. KOIZUMI’s book.

It is up to readers to evaluate how our intentions is realized. We are happy if you have a look at this book in book stores.

●Introduction of This Book by Jimbun Shoin Web Site
http://www.jimbunshoin.co.jp/book/b73887.html